During my second pregnancy I felt like I had the whole thing down. I mean hey I’ve done it before right? However, I knew every pregnancy and labor and delivery was different so I wondered what my experience was going to be like this time around.

I read many stories from other woman to try and figure out how my second labor and delivery would compare to the first.

When would I go into labor? Would it be faster? More painful? Would my baby be a similar size?

All these questions raced through my mind.

My labor and delivery experience between my 1st and 2nd baby’s were similar yet very different so here is my story:

This post contains affiliate links which means if you purchase a product through my link I will receive a small commission at no extra cost to you. For more information you can read my disclosure here.

I was 39 weeks and 4 days when my first baby was born. Out of the blue I woke up at 4:30am, went to the bathroom and laid back down. I couldn’t fall back asleep (thanks pregnancy insomnia) and a few minutes later I felt a warm gush of liquid run down my leg. My water had broke! I called the L&D nurse and she confirmed it was time to come in but assured me I could take my time. I took a shower, got my hospital bag ready and arrived at the hospital around 5:30am.

My husband and I settled into our room and I got into my hospital gown. I was started on fluids and hooked up to the fetal and contraction monitor. The nurse checked my cervix and I was 2 cm dilated. I had not begun contracting on my own so I was started on Pitocin. Now it was merely a waiting game.

We walked around the L&D unit, used a birthing ball, sat in the rocking chair and walked some more. The pain of the contractions were manageable for the first 4 hours but once they were a minute apart they were difficult to handle which is when I decided to get an epidural.

Since I was in a lot of pain from the contractions, I could barely feel what was going on with the epidural and boy what a relief it was when it kicked in. I ended up not having any feeling in my left leg and I could still wiggle my toes on my right. I could tell when I was having a contraction but it wasn’t painful. At this point I was 4cm dilated. I was progressing but slowly which was to be expected with my first pregnancy.

I could feel a lot of pressure (pretty much like I had to go #2) and the next time I was checked it was go time. What I didn’t realize was go time meant almost 2 hours of pushing! I was not expecting pushing to be so exhausting but it was. Pushing with everything you have for 10 seconds every contraction for almost two hours was one heck of a work out to say the least.

The medication through my epidural was either turned off or turned down so that I could continue to feel contractions. By the time baby’s head was crowning I could feel quite a bit of pain. Baby’s head was also turned up instead of down so she was essentially “stuck” but my doctor was able to turn her – not a fun experience. If she wouldn’t have been able to turn her it is likely the forceps would have been used.

Before I knew it baby was out and on my chest. The rest was all a blur and I was no longer in pain. My daughter was 7lbs 8 oz and 21 inches.

Fast forward three and a half years and I was back at the hospital ready to be induced. I was informed by my doctor that I could expect to have a similar experience in terms of when I would go into labor with my second so I was quite surprised to make it to my scheduled induction at 40 weeks 6 days.

My husband and I arrived at the hospital at 7am. We got settled into the room, completed the paperwork and I was hooked up to the monitors and started on fluids. I was 2cm dilated and was given Pitocin at 8:15am. From there my husband and I pretty much did the same routine as the first time…walk, birthing ball, rocking chair, repeat.

At 10am I was checked again and was at 3cm. 30 minutes later my doctor came in and broke my water. It was painful but once it was done it was more of a weird feeling and release of pressure. Every time I would have a contraction a big gush would flow out. I had to remain in bed until most of the fluid was gone. Contractions at this point felt like bad menstrual cramps.

And then came the pain…

Once I was able to get up again the contractions started to ramp up. Around 1:30pm my contractions were very close together and that’s when I asked for the epidural. This experience was worse than the first time because the anesthesiologist had to adjust it a few times in order to get the catheter in. However, the contractions were a lot worse than the needle in my back. It kicked in around 2:30pm and I had instant relief. This time I had no feeling at all in both my legs and eventually couldn’t feel contractions either. I was checked again shortly after and was at 5cm.

For the next two hours I tried to sleep since this time I knew the sleep deprivation that was coming. Then around 4:30pm I was checked again and was 7cm dilated. My doctor came in and informed me that she would be heading home around 5pm and the on-call doctor would be taking over. We joked that as soon as she would leave it would be time to push and sure enough at 6:15pm it was go time. The nurses and techs got everything ready and the doctor was brought in.

He had me do a practice push and immediately told me to stop. He jumped up, put on his gear and told me it would probably only be a few pushes. 10 minutes later and my daughter was born at 6:36pm. She was 8lbs 12 ounces and 19 inches.

My first and second deliveries had a lot of similarities but were unique in their own way. Labor and delivery is tough and exhausting but it’s one of the most amazing things I have experienced. In the end, it is important to focus less on how things are going to go and more on being in the moment. I can’t think of anything that tops having those first few moments with your newborn.

I would love to here your story! Please share in the comments. 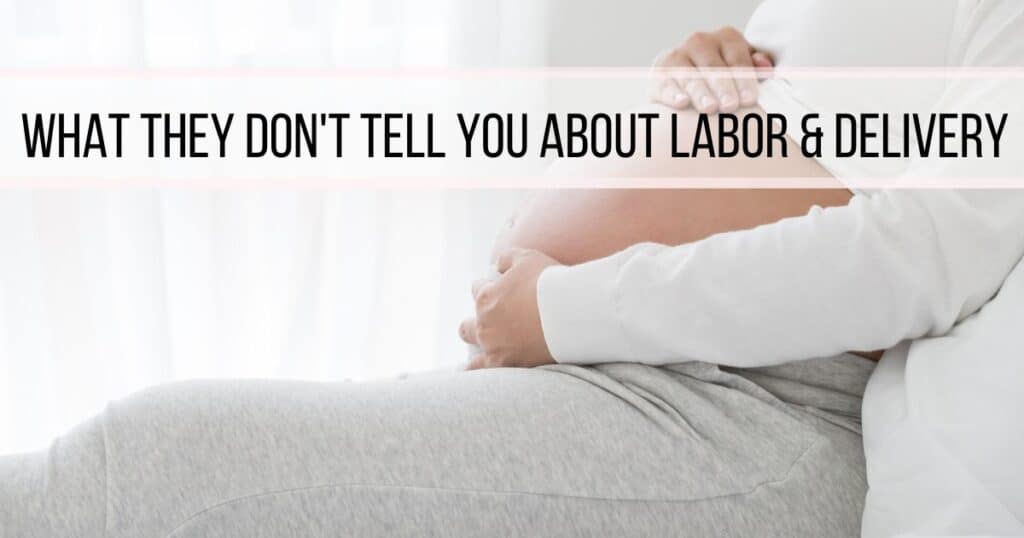 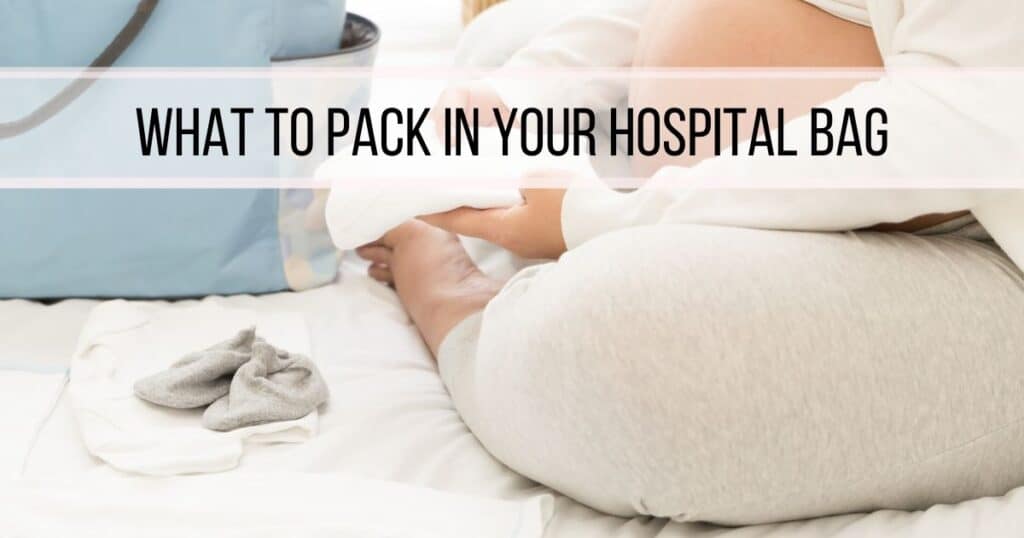 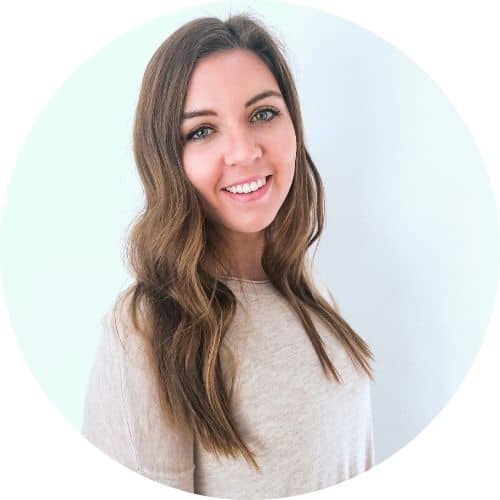 Hi there! I'm Molly, a wife and mom of two girls. Living one day at a time through coffee, wine and design.

Preparing for a baby? 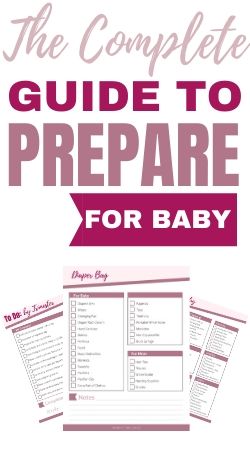 This FREE guide will leave you feeling confident that you are ready for your baby's arrival. 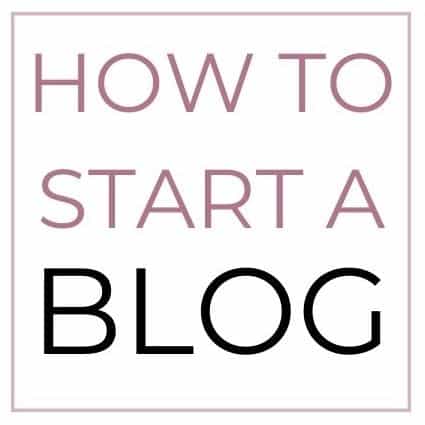 Did you find my tips helpful?